Which Types of Runs Are Better? – Morning Versus Evening Runs

It’s been said that there are two types of people. People who love the mornings, and people who want to stay as far away as possible from morning people. So, it’s not surprising that the same dichotomy exists for runners. Some runners like running in the morning, and others like running in the evening. Arguments can be made for either, and some runners certainly mix it up. But it never hurts to learn some of the advantages and disadvantages of both. Who knows…you might just switch over to the other side!

Things to Consider with Morning Running

Many runners love running in the morning. Mornings tend to be quiet, serene, and offer some headspace to start your day. Likewise, morning runs can be an enjoyable way to gradually wake yourself for the day. It’s also nice to get your training out of the way by running in the morning. You don’t have to worry about being too tired later or your schedule interfering with your exercise plans.

Morning runs do have some downsides, beyond the fact that you must actually get up in the morning. Eating before a morning run may not be feasible or even a good idea. As a result, you may lack the same level of stamina from a nutritional perspective. Likewise, many runners have a hard time getting moving in the morning. This is especially true for those with stiff and achy joints. As a result, it may take longer for you to warm up which may increase your risk of injuries. This is why some runners are not big fans of running in the morning.

Things to Consider with Evening Running

Running in the evening offers a different set of pros and cons. Runners who prefer evening runs describe being more awake and able to enjoy their run. Likewise, because they have been moving around all day, it’s easier to do intervals and speedwork. And similarly, they have had all day to plan their nutrition and hydration, which naturally makes for a better run.

One of the problems with evening runs is that sometimes the day can be unpredictable. Unexpected circumstances can develop that may prevent you from running later in the day. Likewise, it’s not uncommon for the day to be so exhausting that you have little left for a run. And your overall motivation may be less as well, especially when friends are coaxing you to go out for dinner. These pose some of the risks that you may encounter when your plans include running in the evening.

What Does Science Say?

If we’re looking at running from a purely scientific perspective, science has shown that optimal running results occur when our core body temperature is at its peak. Interestingly, our core temperature is often at its lowest when running in the morning. It peaks, however, around the time most runners are running in the evening. By running at a higher core temperature, you enjoy better circulation, which improves tissue oxygenation and nutrition. Likewise, higher core temps provide better joint lubrication and reduce the chance of injury. Finally, you have a better metabolic rate when running in the evening, especially in terms of glucose metabolism. At least as far as science, running in the morning looks less attractive.

There are all types of runners, and some prefer running in the morning and some don’t. Even if running in the evening offers several key benefits, that doesn’t mean it’s right for you. If you don’t enjoy evening runs, you’ll be less likely to run as often. This will naturally undermine any potential advantages it might provide. But knowing the pros and cons of both allows you to make an informed decision about when to run. In the end, it’s about making your runs enjoyable and fun. By far, that will allow you to get the best out of all your running opportunities.

Note: If you are running in the early morning or late evening remember to take safety precautions like wearing reflective clothing or using a running light. Always have a cell phone with you and if possible, don’t run alone. 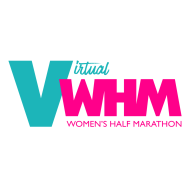 The Virtual Women’s Half Marathon (+ 10K, 5K, Double and Triple Challenge) is like no other virtual event! Don’t miss out, sign up today! How an Anti-Inflammatory Diet Can Keep You Running Strong

A variety of chronic diseases are on the rise. Conditio The Runner’s Pantry—How to Avoid Temptation Why Do You Run?

Why do you run? What truly motivates you to lace up you

Join thousands of like-minded women for an inspiring weekend full of fun and camaraderie. Run, walk, skip, jump or race! Don’t miss out, sign up today and join the fun!